Hotel Settles is Sold Out
See Alternative Lodging Below

Ports-to-Plains Block is open until September 1, 2022 or until Hotel is full.

A gem in the heart of Big Spring, Texas, Hotel Settles is a historic 1930s-era hotel that has been beautifully restored to its original elegance, with stylish details that evoke the charm, craftsmanship and architectural details of an earlier era. This full-service independently owned boutique hotel has a wonderful combination of true Texas hospitality and relaxed elegance, with 65 guestrooms and 15,000 sq. ft. of function space including the opulently restored Grand Ballroom and Lobby.

The Settles Grill, popular with both locals and guests, offers delicious Texan comfort food for breakfast, lunch and dinner, with a private parlor section.We invite you to make use of our swimming pool, hot tub and fitness studio as well as our business center.

Opened on October 1, 1930, Hotel Settles was built by Will R. and Lillian Settles, following the discovery of oil on their ranch. Designed by architect David Castle, the building was constructed as a solid concrete, 15-story, 150-room hotel with a restaurant and a pharmacy.

At the time, it was the tallest building between El Paso and Ft. Worth. The Settles family owned the hotel for two years, but sold it when the Great Depression gripped the nation and their oil revenues diminished. The hotel went through several owners in the ensuing years.

At one time the hotel was owned by John Birdwell, an early Big Spring settler, community leader and Texas Ranger. Mr. Birdwell was also the man who nicknamed historical resident Joseph Heneage Finch, the 7th Earl of Aylesford in Great Britain. After a rather scathing scandal in the royal court, the Earl decided to retire to the ends of the earth to drown his sorrows until his final days. In his mind, Big Spring was just the right place. He arrived at the hotel, proclaimed his royalty, and described the greatness of his royal friends. However, Mr. Birdwell interjected with, “You know, that just ain’t gonna fly around here. We’ll just call you ‘The Judge’.”

“The Judge” became quick friends with the locals, and spent many hours playing cards and drinking libations. Noted poet, journalist and literary critic James Fenton, writing about Finch’s significance to history as an example of the remittance men of the Old West, wrote, “On the United States frontier, where men were expected to be rugged individualists, these outcasts were generally not admired. Finch was an exception.”

Over the following years, the Settles Grill was frequented by numerous famous guests such as Elvis Presley, Lawrence Welk, and President Herbert Hoover, as well as Jerry Allison, Big Spring native and drummer for Buddy Holly and The Crickets.

As the energy crisis of the 1970s came to an end, West Texas suffered from a very large oil bust. The effect on the local economy was staggering as business after business shut down. The historic Hotel Settles was unable to sustain operations as well as repairs to a building that was now more than 50 years old. Sadly, the hotel closed its doors in 1982.

Over the next 30 years, the property fell into further decline. Much of the original interior stone, wood and metal was removed by various owners, and the building was inhabited by pigeons. Fortunately, the hotel garnered much in the way of admiration and attention from the local community, and in the 1990s, a program was funded to purchase and replace most of the broken windows in the building. With each window costing more than $130, it was an astounding show of support for the hotel.

In 2006, G. Brint Ryan purchased the hotel. Ryan, who grew up in Big Spring, was determined to revitalize this aging landmark, and invested $30 million in its renovation. Under his guidance, the building was impeccably restored, and designed with the rich history of the area in mind. The original Grand Ballroom was fully refurbished, with meticulous detail given to its historic context. Other rooms were restored and given names in homage to their regional history. For instance, our T & P Meeting Room was named for the Texas & Pacific Railroad, critical to the growth of the community in its formative years. The Cosden Meeting Room recalls the importance of our local oil industry, the Birdwell Conference Room is in tribute to John Birdwell and the Judge’s Chambers are in homage of the legendary Judge.

Above the landing of the hotel’s grand staircase, you’ll find a portrait of Ryan’s mother, Virginia Ann Wilson Ryan, who inspired her son to do difficult tasks the right way. The Hotel Settles is living proof of this inspiration.

Enjoy southern hospitality at our Baymont Inn & Suites Big Spring hotel. We are located off I-20, and less than 3 miles away from the VA Medical Center and Big Spring State Hospital. Whether you are our guest for just one night or an extended stay, we offer comfortable accommodations at a great price. 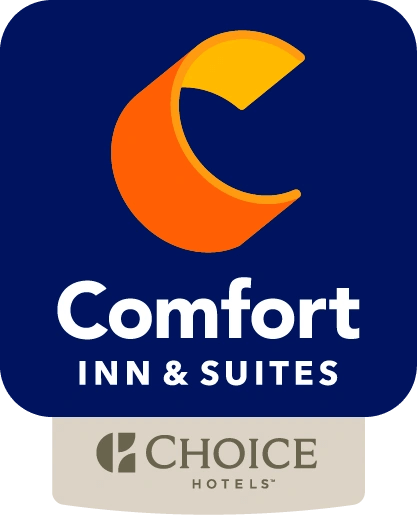 The Comfort Inn & Suites® hotel in Big Spring, TX, provides you with the relaxing accommodations and essential travel amenities you need to be ready for the day ahead. We’re a 100% smoke-free and pet-friendly hotel located off I-20 about 45 minutes from Midland and Odessa. Find us just a short drive from the US Flight Academy at Big Spring Mcmahon-Wrinkle-Bpg, and close to popular area attractions like the Heritage Museum & Potton House, Russ McEwen Family Aquatic Center, Big Spring Bowl-A-Rama, Desert Flower Art Gallery and more. As our guest, you’ll get to enjoy free full breakfast every morning with juice, coffee, healthy options and our famous waffles to jumpstart a day of activities.

Eagle’s Den Suites offers extended stay hotels in an apartment-like setting. Our suites offer the comforts of home when you need to be away from home. We offer the facilities and amenities to make the most out of your stay.

We’re just off I-20, two miles from the city center. Head south along nearby US-87 and you’ll find numerous places to eat and shop. It’s just a four-mile drive to the Hangar 25 Air Museum, preserving the history of Big Spring’s contribution to WWII and former Webb Air Force Base. Enjoy free hot breakfast and WiFi.

Stay with us at La Quinta® by Wyndham Big Spring, conveniently located in west Texas at exit 177 on I-20. Enjoy easy access to the nearby Roy Andrews Sports Complex, just steps from our hotel. You’ll also be close to Big Spring State Park and Comanche Trail Park, where you’ll find the Comanche Trail Golf Course. If you’re here on business, we’re local to many company headquarters in the area. Make the most of your stay with free daily breakfast, an on-site fitness center, and high-speed WiFi.

When you’re done exploring Big Spring’s natural wonders, head back to the Quality Inn & Suites for a soothing soak in our indoor hot tub. We’ve designed our hotel with the essentials that give you the most value for your stay. Free WiFi, a delicious free hot breakfast, and bright, spacious rooms with comfy bedding are a few of the amenities that make a big difference for our guests.

Welcome to our TownePlace Suites Big Spring hotel, where you live uninterrupted on your business trip or leisure getaway. Located at the Crossroads of West Texas, I-20 and Hwy 87, our property places you close to Wind Power Plateaus, West Texas Oil Fields, Delek’s refinery, Big Spring’s VA Hospital and Howard College. We are located next to Starbucks, and minutes from Big Spring State Park, Hanger 25 Air Museum, and the Heritage Museum. Start your day with our complimentary hot breakfast, serving all of your morning favorites. You can also let out your inner chef in your kitchen or outdoors on Weber grills. From free high speed Wi-Fi, to our hotel bar, we offer an elevated experience in Big Spring. During downtime, stay productive in our well-lit work areas, grab a snack from The Market and maintain your wellness routines in our 24-hour fitness center. Whatever the reason for your stay, come and make memories at our Big Spring hotel when life brings you to our friendly city. Pets welcome